The language of a sincere heart

One morning in Salatiga, a couple of Satya Wacana University students were discussing their future. They had been in love for some time and the girl might have thought that her boyfriend would be like other ordinary students who would think about accumulating wealth as a symbol of success in life.

And she was wrong. To her surprise, Santi – the girl – heard a rather bizarre remark. Johannes Oentoro gave her something no other girl of her age would be pleased to her. Speaking in Javanese, Johannes said, “One thing you need to know is this. If and when I become rich, do not expect me to give you all my money. I need the money for something else.” Normally, such a remark would arouse suspicion. One would assume that on hearing that, Santi probably thought that her boyfriend might be dating another woman.

But she took it calmly and did not want to interrupt his plans. Because her boyfriend was speaking very seriously and in fact he repeated the remark at least three times.

After some time Santi realized that she had not been dating an ordinary man. Her visionary electro-major boyfriend piloted their blossoming relationship for nine year before the got married.

And during those memorable years, Santi learned a valuable lesson: Johannes wanted to open world-class schools in many part of Indonesia “in order to make our nation smart,” she told Campus Asia, citing Johannes’ determined promise of long gone years.

After a lapse of 30 years, the promise has come true. The dream of the former Satya Wacana student has translated itself into a magnificent tower of educational excellence in Pelita Harapan Foundation that runs a three-tier schools network – Pelita Harapan, Dian Harapan, and Lentera Harapan, with Universitas Pelita Harapan (UPH) carrying the banner of Smart and Global Campus in the front line.

“I have a burden in my heart to open 10 Pelita Schools, 100 Dian Schools, and 1000 Lentera schools. From the bottom of my heart, this sincere desire looms large,” Johannes told Campus Asia over a Sunday lunch recently.

“You must know, that this is my heart,” he continued. “True knowledge, faith in God, and Godly character comprise what my heart wants to give to nation.”

He was referring to the philosophy of Pelita Harapan Foundation that guides all the educational institutions therein.

“His vision is to open good schools for different layers of society so that everybody may have opportunity to have good education,” explained Johannes’ youngest brother Jimmy Oentoro who accompanied the couple during the lunch time interviewed.

Being a man of principle, Pak Jo – as he is fondly referred to by close friends – in fact did not stop at merely giving Santi the educational promise before marriage.

He developed his vision further when pursuing a doctorate degree in Australia. His dissertation also focused on total transformational education as a way to elevate Indonesian society’s welfare.

So now, after the dream has come true, what else would Johannes do? For the past few years he has been physically hampered from doing more for Indonesia’s world of education because of a declined health condition. He is recuperating; somehow, thought still has not reached the level of health conditions that would enable him to perform normally. It was this health disadvantages that prevented him from continuing to sit in the chair of UPH rector – a position he had occupied since the establishment of the university on May 18, 1994. Yet the people who used to work for him are now running the university very well. Jonathan Parapak – UPH’s current Rector – worked for him for four year in the Schools of Business and Sheldon Nord – UPH’s President – was on his staff at SPH and UPH.

“They were very good people and they worked well with me,” Johannes recalled. Adding, “Sheldon was the first person I recruited because I knew he would perform well”.

Karawaci was then an empty are with “no house, nobody, nothing in place here,” Johannes added. He recalled inspecting construction activities of the buildings by himself and directing workers right on the spot.

“There’s  a lot of things that I wish I could do here and also in the rest of Indonesia. I want to see people – everybody – with better education. This is my heart, my sincere heart.”

His noble dream matched the vision of James Riady with whom he teamed up to better translate the ambition, starting with the establisment of Sekolah Pelita Harapan (SPH) which in now Indonesian’s favorite destination for elementary to secondary level of education with international standards.

SPH is also a benchmark for other schools across the archipelago given its international accreditation, professional management, good parental relations, and thriving reputation.

Johannes and James arer both visionary leaders who established the Pelita Harapan Foundation in 1993 to provide education for all walks of life based on the philosophy of true knowledge, faith in God, and Goldly character.

Many people are not aware that the most pleasant coincidence in this duo lies in their remarkable unity of vision for a more educated society to be sharped up through total transformative education that creates a balance between knowledge, faith, and character.

But there is an even more surprising coincidence, The names of all schools under them refer to sources of light – Pelita, Dian, and Lentera are Indonesians words for defferent types of kerosene-fed-lamps. And James Riady’s middle name is Tjahaya – the Indonesian word for “light”.

So in faith one may say that what started off in Salatiga three decades ago in Johannes Oentoro’s love relationship has been divinely guided for completion, yet for a bigger purpose – helping make Indonesia smart society, education observers say.

This why UPH officials are saying that their vision on education is very clear. Knowledge alone is not enough. It must be guided by faith in God in order to produce people with Godly character.

Perhaps one of the reasons why Indonesia has not performed well in education is because it focuces on knowledge and skill but ignores the need to have it base on – and guided by faith and development of noble character.

This why, as explained by a Pelita Harapan educator, in Indonesia today,” people who break the law most often are those who understand economics very well.” In other word, Indonesian education system has produced, in general. People who cannot match their words with deeds.

Paradoxically, this is a country that some times claims to be religious, upholding the declaration of belive in on Supreme God in the first lne of its State Principle called Pancasila. And yet in general, its education has failed to produce people of good character in all layers of society.

Education observers say that what the nasion need badly today is a holistic, total transformative type of education that can produce an educated society with noble character.

But that cannot be realized easily until Indonesia has more people with ‘Johannes Oentoro dreams’. So, perhaps one needs to find out whether on the hundreds of campuses across Indonesia there are youngsters imitating Johannes Oentoro’s dating style – promising education rather than material success to your lover.

do not worry about your life, your heavenly Father knows that you need . . .. . .

seek first his kingdom and his righteousness, and all these things will be given to you as well.

Let your light shine before men, that they may see your good deeds and praise your Father in heaven. 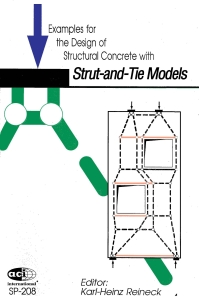